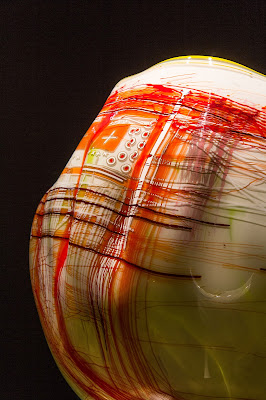 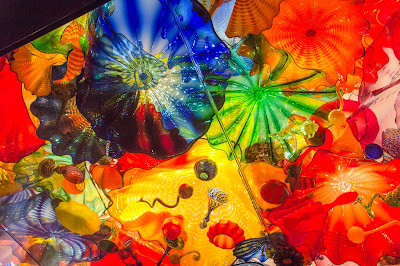 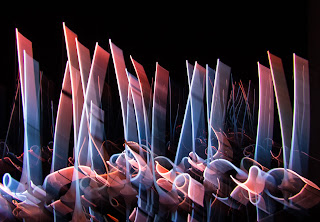 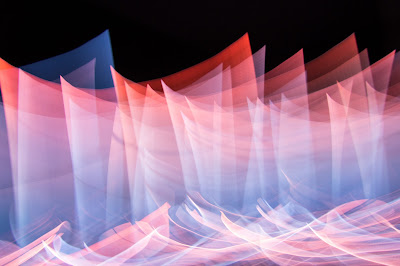 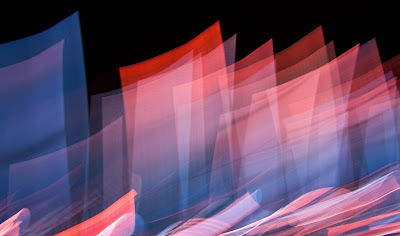 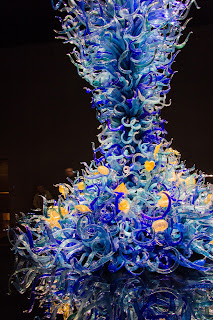 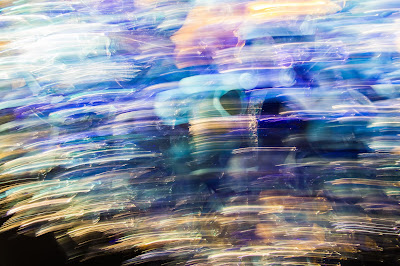 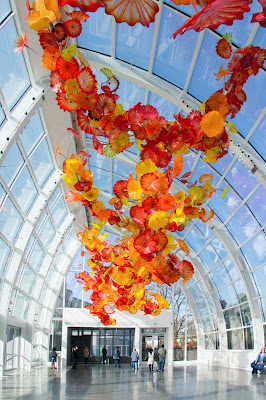 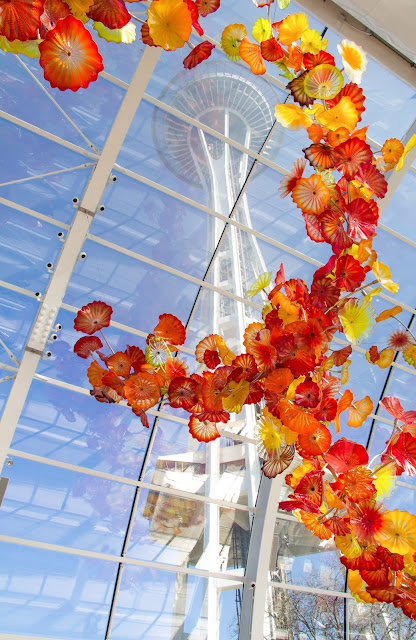 The Quirks of a Winter's Day

It's dark. 10:23 in the morning, and it's dark. Well, grey. And raining.  Evergreens green
in the backyard forest. And last-year's stalks and stems brown in the beds.  Yes, one resorts to verbing (converting nouns and adjectives into verbs) when so little activity can be observed in the garden.

It's March, it's still winter. So why oh why are there primroses?

The first time I ever saw primroses, they were displayed outside a big box "garden center" (hardly a center and certainly not a garden, but that's for another time).  I thought they were fake. Even after squeezing the leaves and rubbing the petals between my fingers, I still wasn't certain they weren't another Monsanto product. And even after finding out FOR SURE that they were nature rather than HomeDepot made, I didn't feel the need to add them to my garden. However, this time, in this much grey (and green and brown) I just couldn't resist this blue striped wonder. 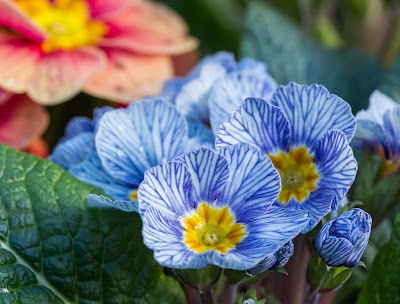 And then, once I picked it up and carried it around with me, it seemed I'd crossed some horticultural border and gone over to the other side. I photographed it (and its orange and red sisters purchased in some sort of colorized fever), but couldn't get the shots right. 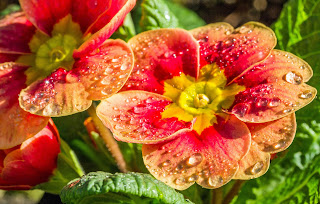 Perhaps something about them must have made me wince just as I squeezed the shutter.  The depth-of-field, the focus was never what I wanted.

Maybe my eyes aren't yet ready for full-on summer color?

So what's actually growing and blooming right this minute in my garden?  Hellebores, for a start.  Yes, I know that these two colors (the primroses to the left and the Hellebore below)  clash horribly, but I'm making a point here.  Maybe my winterized eyes need to be eased into the very idea of color. 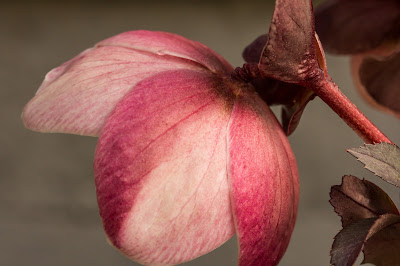 And, what is more, many of these flowers with the muted hues of February and March face downwards. 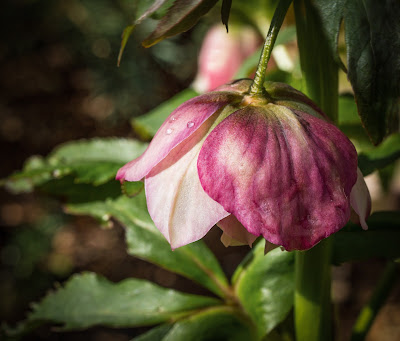 Seems odd at first.  Shouldn't flowers open up for our eyes?  Isn't that why we plant flowers (rather than "plants")?  Some growers are even breeding Hellebores that face out and/or up to satisfy frustrated gardeners who have to contort themselves to see their flowers' "faces."  At least Beverley Nichols had a more reasonable solution. At a recent talk by Marianne Binetti, I learned that he walked about his garden with a mirror attached to a comfortable length of pipe. So if one must see inside a downward-facing flower, one could do so without disturbing the flower or oneself.  But what's wrong with mirrorlessly admiring what they do show? 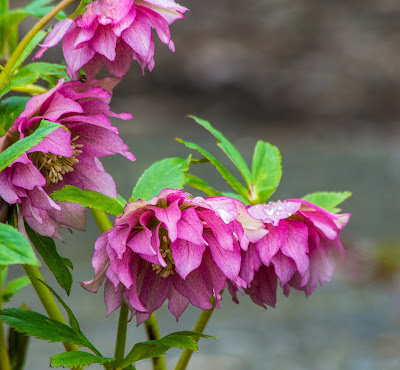 Bell-shaped flowers like the Pieris below would lose the beauty of their form and the color supplied by their peduncles and sepals if they hung any other way.  And apparently the double-flowered Hellebores on the left still resist attempts to genetically flip them upwards.  At their current angle, the multiple petals (sepals, actually) seem to float and flutter even on the (rare) windless day.  Fine by me.

I haven't planted the store-bought primroses yet. Can't quite bring myself to do it in the grey light. Maybe during one of our sun-breaks, they will seem less inappropriate, and I'll get them in the ground before they entirely stop blooming.  Until them, I'll enjoy my downward-facing Snowdrops. 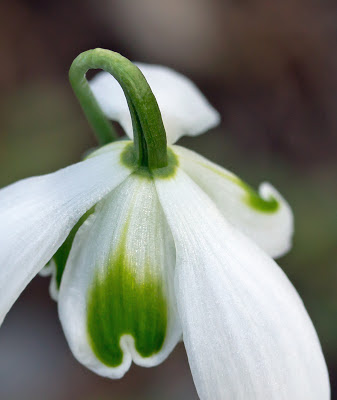