I just watched a video of Elaine Stritch singing "I'm Still Here" from Stephen Sondheim's Follies. Even though she spends part of the time forgetting, trying to remember, and then struggling to hear her accompanist singing out the words to the song, she brings down the house (which includes President and Michelle Obama). How much more perfect could it be? Before beginning, Stritch bemoans the fact that she's heard women in their 60s, their 50s, and even one in her 40s doing this number. But, to her mind, you've got to be at least 80-something to really mean it.

So why begin my blog post with this? The song is swimming around in my head now. I usually hate it when I get an earworm, but this is different. It's comforting somehow. First of all, it's Sondheim, and I adore his work. But second, the guts and the promise of the song gives me courage (as well as a few laughs).  And--you knew I'd get there eventually--it's so like a garden.

Haven't you had a plant that keeps coming back, year after unlikely year? You try to help it through tender youth, forget to cover it for its first winter, perhaps it stays dormant (perhaps dead) the next year, but then doubles its original size the following year? 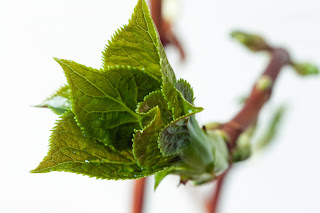 It does well; you ignore it in favor of other, newer, showier garden purchases. But it flourishes anyway. Then you notice it's wilting; you over-water it, and now it's turning black. You nearly dig it up before it infects its neighbors but you forget (lots of forgetting in gardening). And it comes back stronger the next year, and you don't remember that it nearly died. It makes it through weather, drought, flood, several presidential administrations, general neglect, and YOU. And it's still here. 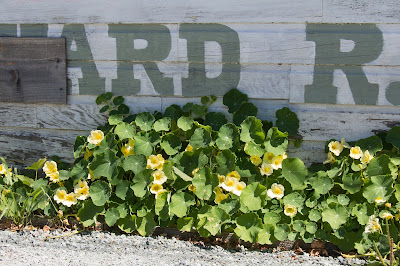 There are those spots where someone some time ago thought a plant might look good.  She watered it for a season, then tired of the maintenance. Other projects took precedence, maybe someone else bought the property and the plant was part of the package, no more to the new owner than the paint on the walls or the rusting bench. But it survived. 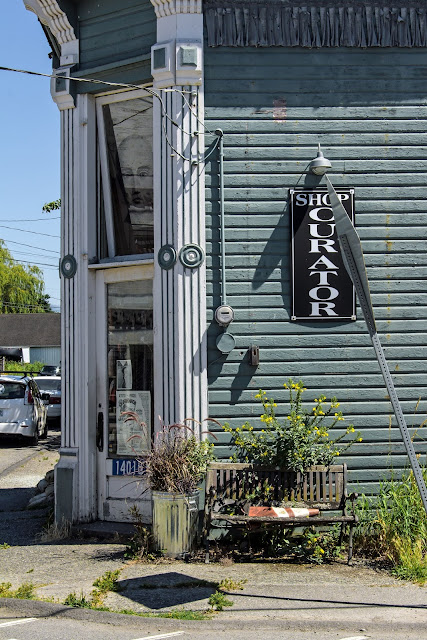 Fresh paint and a pair of Adirondack chairs revive an old house in St. John's, Newfoundland. But those neglected, stunted shrubs look like they're simply hanging on out of a kind of botanical perversity.  They don't really "belong" anymore, but they're still there. 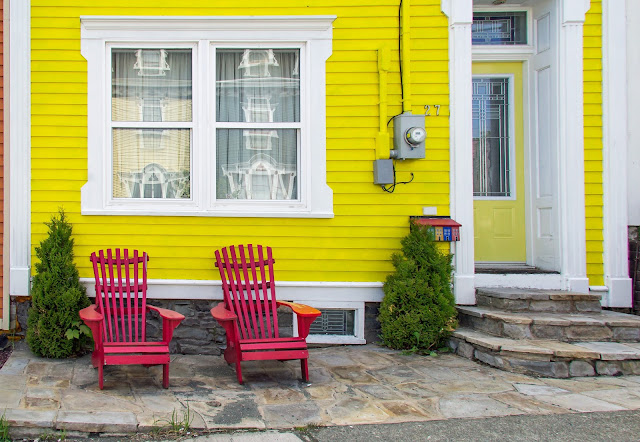 I'm a long(ish) ways from 80. But there are times when I feel like this lone, lopsided apple, hanging on towards the end of the season. 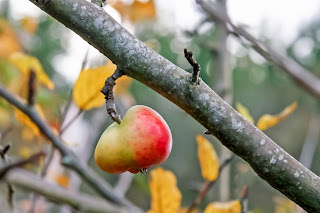 Other times, this one-eyed Eastern Screech Owl (I think it's a Screech Owl) reminds me a little too much of how my body can restrict and even fail me.  Yet I love how thoroughly pissed off he seems. 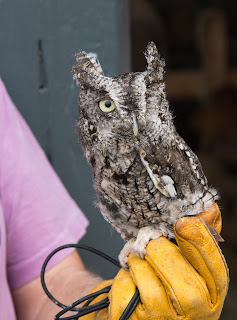 But most of the time, I like to imagine that I'm a lot like these beach grasses:  tough enough to withstand weather, isolation, neglect, and time, at least while there is still time.

(The biker is waiting for a ferry, but that's just a tad TOO symbolic, don't you think?) 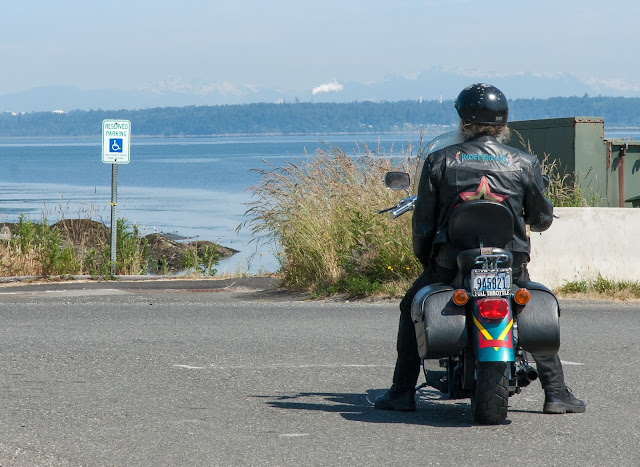 Posted by Emily Schiller at 2:28 PM